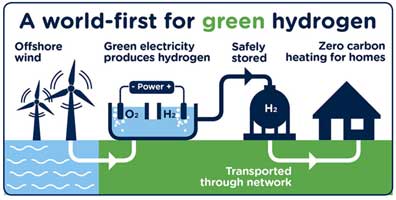 A future for “green hydrogen” is becoming clearer. Annual global investments in green hydrogen—hydrogen production powered by renewable sources—are now expected to exceed US$1 billion by 2023. The elevated investment outlook is attributed to falling costs and policy support from governments looking to shift towards low carbon economies. Operating capacity for splitting water into hydrogen and oxygen through electrolysis technology (also known as “Power-to-X”) currently stands at 82 MW with a pipeline of over 23 GW, according to the IHS Markit Power-to-X Tracker. This pipeline—including projects announced, planned and under construction—is up from less than 8 GW at the end of 2019 and 5 GW at the end of 2018. Electrolysis production is ramping up with multiple “giga-factories” under development.

The growth in the electrolysis pipeline has been driven by falling costs and policy support. 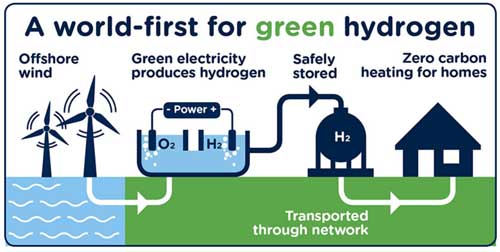 Development of green hydrogen on the scale demonstrated by the current pipeline will create a whole new sector of power demand. The current electrolysis pipeline implies that by the mid-2020s, electricity supplied to electrolysers globally could be on par with the total electricity consumption of Belgium or the US state of New Jersey. Modelling by IHS Markit shows that by the early-2040s, production of green hydrogen could be the single largest use of electricity exceeding industrial electricity use. To meet this demand, deployment of low-carbon power generation—particularly in regions with high quality renewable resources—will accelerate.