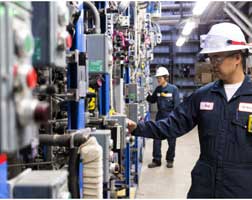 Invista, one of the world’s largest integrated producers of chemical intermediates, polymers and fibers, will be deploying its most advanced ADN technology at its Butachimie facility in France.

The largest ADN facility in the world, Butachimie is a joint venture between Invista and international chemical group Solvay.

The new technology will be implemented by retrofitting the existing facilities during a planned turnaround in the second quarter of 2019.

“The performance of this technology at Orange has exceeded our expectations and we look forward to the benefits that deployment at additional facilities will bring to the marketplace,” said Bill Greenfield, president, Invista Intermediates. “Since beginning commercial operation of this technology in 2014, we’ve demonstrated improved yield, reliability and record production rates at Orange.”

Invista will also implement its latest-generation ADN technology at its nylon intermediates facility in Victoria, Texas, pending final internal and regulatory approvals. Implementation is scheduled for the fourth quarter of 2020.

“We expect the combined increase in production capacity from deploying our technology in these existing facilities will be similar to that of a new ADN plant,” Greenfield said. “These considerable investments highlight Invista’s dedication to the nylon 6,6 industry and positions Invista and its customers with an advantaged and sustainable value chain.”

In China, the company has received strong interest from customers and others in the value chain seeking to participate with Invista in building a new ADN plant at the Shanghai Chemical Industry Park, where Invista opened a 215,000-ton hexamethylene diamine (HMD) plant and a 150,000-ton polymer plant in 2016. The company is assessing this approach.

As the preferred supplier for ADN, Invista supports growth and innovation in the nylon industry by continually investing in research and development, including the continued improvement of its ADN technology. The new ADN technology is the result of the company’s more than US$40 million in research and development spanning four years on two continents.