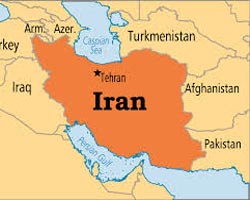 TEHRAN – Iran’s Petrochemical Commercial Company’s Managing Director Mehdi Sharifi Niknafs has announced that the country exported more than $1.494b of petrochemicals in 5 months

National Iranian Petrochemical Company’s Managing Director Abbas She’ri Moqaddam said in April that some $30 billion of investment opportunities have been identified in Iran’s petrochemical sector, which will be certainly welcomed by European and Asian investors after the sanctions against the country are lifted.