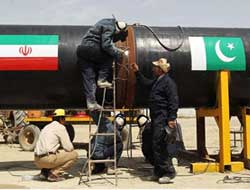 Iran is set to increase its electricity supply to Pakistan from the current supply of more than 100 megawatts (MW) to 3,000 MW, according to Iranian Consul General Ahmad Mohammadi.

The consul general believes that the Iran-Pakistan (IP) gas pipeline is the least expensive, most secure and profitable source of energy for Pakistan. It is a turning point for ties between the two countries and both are determined to complete it at the earliest, he said.

The Iranian diplomat said that the expansion of ties with neighboring countries is one of the priorities of Iran’s foreign policy and Pakistan, being a Muslim neighboring country, has a very special place in the foreign policy of Iran. Iran desires prosperity, security and stability of Pakistan and believes that it will also be beneficial for Iran, he said.

He announced that an exhibition of Iranian products is going to be held from February 24 to 27 in Karachi and a solo exhibition of Pakistani products will be organized in Tehran in April. Talking particularly about the relations of Iran with Sindh, one of the four provinces of Pakistan, he said that the ties are excellent. He said that it was with full cooperation of the Sindh government that Iran constructed four hospitals in Badin, Khairpur, Nawabshah and Thatta and three high schools in Badin, Khairpur and Larkana.