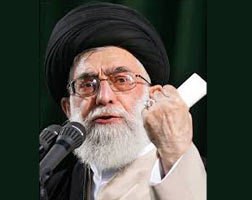 A senior Iranian official on Thursday accused the United States and other major powers of changing their positions in the nuclear talks with Tehran aimed at ending over a decade-old standoff with the country over its disputed nuclear programme.

The official, who spoke to reporters on condition of anonymity, also said some in the talks are walking back from an interim agreement that was made in April in the Swiss city of Lausanne between Iran and the major powers.

The official said Iran was looking forward to seeing whether the United States was prepared to abandon its “obsession with sanctions”, reiterating the need for removal of the U.N. arms embargo on Iran. – Reuters