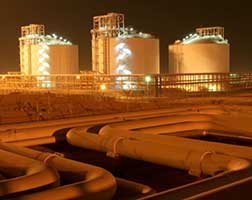 “Within the next few months, we will return to the level of 3.8-3.9 million barrels,” Zanganeh added.

“I have written a letter to OPEC saying that the sanctions are being lifted and that we are returning (to previous production levels),” Zanganeh said.

“We are not asking anybody’s permission to get our rights back.”

According to a Reuters suvey of OPEC production, Iran produced 2.85 million bpd in July. The Reuters survey aims to assess crude supply to market, defined to exclude movements to, but not sales from, storage.

A Reuters analyst said in July that Iran could increase its oil production by up to 1 million bpd within 12 months of sanctions being lifted, provided it can find buyers for the crude.

Iran and six world powers reached a nuclear deal in July, capping more than a decade of negotiations.

Under the deal, sanctions imposed by the United States, European Union and United Nations would be lifted in return for Iran agreeing long-term curbs on a nuclear programme that the West has suspected was aimed at creating a nuclear bomb.

International sanctions imposed to force Iran to curb its nuclear program have halved its oil exports to just over 1 million bpd since 2012, and hammered its economy.