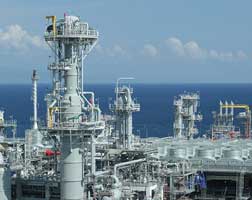 JGC Corporation says it has been awarded a Front End Engineering and Design (FEED) contract under a triple FEED competition scheme for the LNG Plant for Marine Fuel that Total E&P Oman Development B.V., a 100% subsidiary of the French company Total S.A, is planning in the Port of Sohar in Oman, in partnership with Oman Oil Company S.O.A.C.

This project consists of FEED services to construct a new medium-scale LNG plant with an annual LNG production capacity of 1 million tonnes in Sohar, one of the largest industrial zones in the Middle East, approximately 200 km to the west of Muscat, the capital of The Sultanate of Oman. Growing demand is expected as marine fuel since the International Maritime Organization (IMO) is set to introduce environmental regulation for maritime fuel in 2020.

During bidding process, it was highly evaluated that JGC has undertaken many LNG plant construction worldwide and delivered proposal making use of the small/medium-scale LNG plant concept, which is promoted under JGC’s Medium-Term Business Plan “Beyond the Horizon.”

JGC has been responsible for constructing LNG plants that account for approximately 30% of global LNG production. Currently, JGC is executing a total of three LNG plant construction projects, including a large-scale LNG plant in Canada, as well as FLNG (Floating LNG) plants off the coast of Malaysia and off the coast of Mozambique.

Going forward, JGC says it will continue to develop its strong business activities in the field of small/medium-scale LNG plants construction in addition to conventional, large-scale LNG plants.