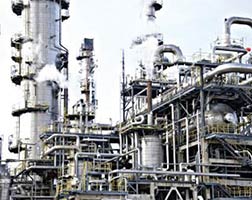 It aims to produce two million litres of petrol daily by October.

“We are doing a lot at the moment to make sure that we achieve 80 % of refining capacity,” Managing Director of the company, Mr. Saidu Muhammed told Thisday on Friday.

He assured that the KRPC’s production level would hit 90 % by the second quarter of 2016.

The company has an installed production capacity of 110,000 barrels of crude per day. The managing director said rehabilitation work on the remaining two production lines of the company would be completed by March 2016.

The Nigerian National Petroleum Corporation (NNPC), had on Wednesday announced that the Port Harcourt and Warri refineries had resumed full production after the phased rehabilitation.