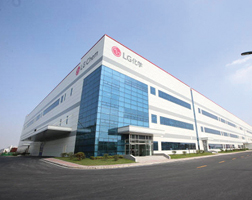 South Korea’s chemical company LG Chem is to invest in an additional investment of US$1 billion to ramp up secondary battery capacity in China to ensure economies of scale to benefit from the demand expected from small gadgets to smart vehicles.

LG Chem recently signed a deal with the Nanjing city government of China to invest 600 billion won each in its first EV battery plant and small-sized battery plant located in the Nanjing Economical & Technological Development Zone by 2020. The company said the investment is to actively respond to the fast-growing demand for batteries powering electric cars as well as non-IT products such as power tools and wireless vacuum cleaners.

The latest expansion plan of its battery production facilities in China comes just six months after the company announced to build a second battery plant in Binjiang Development Zone in Nanjing, China at an investment of around US$1.9 billion by 2023. The company broke ground for the second battery manufacturing plant in the country that is expected to produce more than 500,000 units of high-performing EV batteries.

The leading Korean battery maker has been making bold moves to scale up its battery production capacity on expectations that demand for both EV and non-IT batteries would grow in explosive pace.

The global EV market size is expected to reach 22 million units by 2025 from 6.1 million units in 2019 to make up more than one-fifth of the global car market, according to SNE Research, a market researcher on renewable energy. The demand for small-sized cylinder-type battery packs that are typically used in electric tools, golf carts, and bicycles is also growing sharply. The demand for cylinder-type batteries worldwide is estimated at 6 billion units this year, nearly tripled from 2.3 billion units in 2015, according to market research B3.

According to SNE Research’s data, LG Chem’s share in the global secondary battery market stood at 8% as of the end of November last year, down 1.8 percentage points from a year-ago period. The company ranked fourth in the world with its EV battery shipments of 6.19 gigawatt-hours (GWh) in January-November last year, which grew by 42.2%, far below the industry’s average of 72.8%.

LG Chem hopes it can run its second plant in China in full capacity once Beijing phases out EV subsidies by 2021.