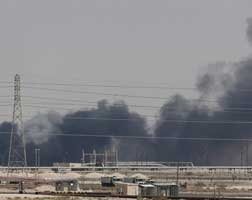 “What was a risk scenario has become a reality,” said Daniel Yergin, Vice-Chairman, IHS Markit. “The amount of Saudi oil offline is equivalent to one third of what passes every day through the strait of Hormuz. Two things will jangle the oil market in coming  — long the recovery and what comes next.”

“Under any scenario, the heightened risk premium marks a stunning reversal for the market,” said Roger Diwan, Vice President, IHS Markit. “The combination of weak demand fed by macroeconomic fears and the potential for a U.S.-Iran détente unlocking significant volumes of oil currently under sanction had weighed on the market. Now an enduring increase in the market’s risk premium is justified.”