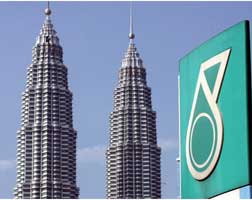 Malaysia is considering selling stakes in state-owned oil/energy giant Petronas to states in the country where the company’s oil and gas fields are, said a report by Reuters quoting Prime Minister Tun Dr Mahathir Mohamad, in a bid to raise funds for the debt-laden government.

With this move, states such as Sarawak and Sabah will have a say in the running of Petronas, the world’s third-largest exporter of liquefied natural gas. Dr Mahathir said the government could not meet a demand made by the states for a quadrupling of the royalties paid by the company to 20% of its profit.

Sarawak and Sabah have Malaysia’s most prolific oil and gas reserves in their waters in the South China Sea. Their longstanding demand to increase royalties could cost Petronas up to US$7 billion a year.

Petronas, formally known as Petroliam Nasional Bhd , is the biggest money-spinner for the federal government.

“What we need is to reduce our involvement, the number of shares that we hold, in order to raise some funds for ourselves.” he said.

Recently, Petronas said it had successfully completed block trades of its shares in MISC Bhd, Petronas Dagangan and Petronas Gas, with the shares sold to Malaysian institutional funds.

The national oil major said the trades were carried out as part of its portfolio management strategy and that the sale of shares would also allow for more local participation and ownership in the companies.

“Petronas retains its controlling stake in MISC, Petronas Dagangan and Petronas Gas which will continue to be Petronas’ subsidiaries. We remain committed to these companies, which are essential entities in the Petronas’ integrated business value chain,” it said in a statement.

While it did not reveal details of the sale of shares, a Bloomberg report stated Petronas raised about RM6 billion from cutting its stakes in the companies and said the group is raising capital to fund overseas expansion.