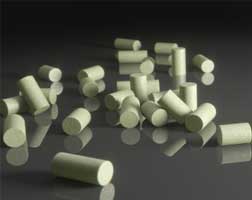 Integrated engineering firm McDermott International and Swiss chemical firm Clariant  have been selected by Advanced Global Investment Co. (AGIC), a joint venture between Advanced Petrochemical Company (APC) and South Korea’s SK Group, to build a PDH facility in Jubail, Saudi Arabia. The plant will operate using McDermott’s Lummus Technology process together with partner Clariant’s Catofin catalysts. The unit will have a propylene production capacity of 843,000 tonnes/year, with start up scheduled for 2024.

“The Catofin technology that Lummus licenses worldwide, alongside our partner Clariant, provides a highly reliable, lower-cost route to propylene, with a lower carbon footprint. APC’s decision to proceed with Catofin technology for their second unit is a testament to the successful operation of their PDH unit and consistent performance as a top quartile PDH complex,” said Leon de Bruyn, Senior Vice President, Lummus Technology.

This is APC’s second Catofin unit in their portfolio, having previously licensed the technology for their first unit in 2003 — also in Jubail.

McDermott’s Lummus Technology is a leading licensor of proprietary petrochemicals, refining, gasification and gas processing technologies, and a supplier of proprietary catalysts and related engineering. With a heritage spanning more than 100 years, encompassing approximately 3,400 patents and patent applications, Lummus Technology provides one of the industry’s most diversified technology portfolios to the hydrocarbon processing sector.

This latest contract for the project follows AGIC’s contract award earlier to Fluor Corp. for delivery of project management consultancy (PMC) on the complex, which alongside propylene, also will produce 800,000 tonnes/year of PP.

AGIC has also issued a contract to LyondellBasell Industries to license its proprietary Spherizone and Spheripol technologies for the complex’s two PP plants.

At a total estimated cost of about US$1.8 billion, the building on the planned PDH-PP project is expected to commence in 2021.