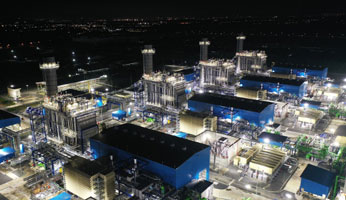 Mitsubishi Power, a power solutions brand of Mitsubishi Heavy Industries, Ltd. (MHI), has commenced operation of the fourth and final M701JAC unit at an ultra-large-scale natural gas-fired power plant in Chonburi Province, Thailand, recently. The plant is owned by a joint venture of Gulf Energy Development PCL, one of the largest independent power producers in Thailand, and Mitsui & Co.

This milestone, which was commemorated with a ceremony in the Chonburi facility, signals the completion of one of two 2,650 MW gas turbine combined cycle (GTCC) thermal power generation systems in Thailand whose full-turnkey orders for construction were secured by Mitsubishi Power in 2018. Construction of the second power plant project is currently underway in Rayong Province. 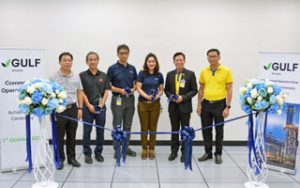 The Chonburi power plant is located approximately 130 km southeast of Bangkok, and is operated by the joint venture Gulf SRC Company Limited. The first unit has already been in commercial operation for 1.5 years, the second unit for one year, and the third unit for six months – and all three boast high operating rates. In September 2022, the M701JAC gas turbine of the first unit achieved 8,000 actual operating hours (AOH), establishing an industry benchmark of reliability.

The GTCC power generation equipment in this project consists of four power trains per power plant, each made up of four subsystems: a M701JAC gas turbine, steam turbine, heat recovery steam generator, and generator. Although constraints arose due to the Covid-19 pandemic in areas such as equipment transport and travel by local lead engineers, construction of the Chonburi power plant progressed according to the original plan thanks to the ingenuity and hard work of the people involved, including activation of remote installation support and use of alternative construction methods.

Gulf Energy Development PCL said: “For more than 10 years, Gulf Energy and Mitsubishi Power have built a solid relationship of trust, and the completion of this GTCC power exemplifies this.”

Takashi Tozawa, Deputy Head of Energy Transition & Power Headquarters, Senior General Manager, GTCC Business Division of MHI, added: “Thanks to the cooperation of everyone involved, we have achieved commercial operation of all four power trains without incident, according to the original contract schedule. We are proud to say this is the only project in Thailand which began operation on time, despite the Covid-19 pandemic.”

As it focuses on finishing the power plant in Rayong Province, Mitsubishi Power says it will continue to step up efforts to promote widespread adoption of JAC-type gas turbines, thus helping ensure the stability of electric power essential for economic development in various regions of the world, while reducing the environmental impact of power generation.