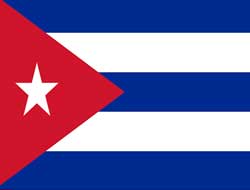 The supply will help Cuba to offset lower supplies from the island’s closest ally, Venezuela.

“We delivered in 2017 three times 700,000 barrels, a total of 2.1 million barrels to Cuba,” Omar Maaliou, Sonatrach’s vice president in charge of trade and marketing, told Reuters. “We will do the same this year, the first 700,000 barrels are about to be delivered.”

Saharan Blend light sweet crude is Algeria’s main export grade. Cuba and Algeria have maintained a close relationship in recent years. The island annually imports some US$200 million to US$300 million of oil products from the African country, including some purchases of naphtha.

Cuba is also a regular buyer of Algerian jet fuel.

But Cuba has relied almost exclusively on Venezuela, also an OPEC member, for its crude supplies through a 15-year-old assistance program that Caracas has been struggling to maintain as power cuts, lack of investment and payment delays slash its oil output.

Along with the drop in volume, the quality of the crude PDVSA had available for export also changed to heavier grades than Cuba’s refinery was used to.

Cuba bought the light Algerian crude for the first time in 2016 to blend with the heavier oil. PDVSA had previously supplied Cuba with a few cargoes of other light foreign crude grades.

Cuba has also been buying oil products from Russia’s Rosneft, which recently started talks with the Cuban government on exploring partnerships there.