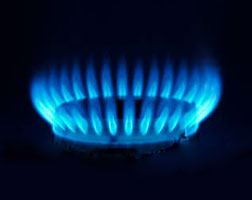 The government has cut prices of natural gas to $5.02 per mmBtu, from $5.61, Press Trust of India reported, citing sources. The new rates will be effective from April 1.

Lower gas price would bring down the expense of running some power stations. CNG prices are also expected to fall.

The Narendra Modi government in October last year had approved the raising of natural gas price to $5.61 per mmBtu, from $4.2 per unit. The new rates were effective from November 1 and supposed to be revised every six months.

The government had modified the Rangarajan formula approved by previous UPA government to bring down the increase in rates from $8.4 per unit to $5.61, Finance Minister Arun Jaitley had then said.

The previous UPA government had in 2013 approved a price formula suggested by a panel headed by C Rangarajan and it was supposed to be implemented from April 1, 2014. Prices would have nearly doubled, if the new gas price based on Rangarajan formula was notified. Before the gas rates could be notified, general elections were announced and Election Commission asked the then government to defer it till completion of polls.