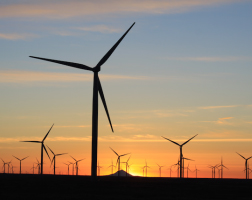 The companies joined forces to support the development of 35 wind turbines in the Mutkalampi municipality in Finland, which is scheduled for completion in 2023. The virtual PPA covers an expected output volume of 330 GWh per year – equivalent to the electricity consumption of 40,000 households. Compared to the average European electricity generation, this renewable electricity will help to avoid over 230,000 tonnes of CO2 emissions per year. The new wind farm will be realised by Neoen, an independent French producer of renewable energy.

The consortium has committed to contracting renewable electricity from the wind farm for the first 10 years through a virtual PPA. The electricity will be physically delivered to the Finnish grid while the four consortium partners benefit from the Guarantees of Origin. This provides income stability for the renewable project while guaranteeing clean energy benefits for the corporate buyers.

Through this consortium, international brewer, Heineken, will source renewable electricity for an additional 31 of its European production sites; global specialty chemicals firm, Nouryon, will continue to reduce CO2 emissions by 25% by 2025; health technology company, Philips, secures renewable electricity supply to power its European operations for a 10-year period; and lighting systems specialist, Signify, pursues a 100% renewable electricity use and doubling the pace to reach the Paris Agreement over their value chain by 2025.