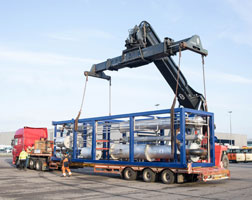 Australia-headquartered Integrated Green Energy Solutions (IGES) will go online in Amsterdam in six weeks. The Australian technology installed at the site will eventually process up to 400 tonnes/day of end-of-life, non-recyclable plastic to produce 140 million litres of fuel/year.

IGES turns unrecyclable plastics that are otherwise destined for landfill and oceans into road-ready fuel, which meets international standards such as EN 590 (diesel) and EN 228 (petrol). It claims to being the only company in the world that can deliver road-ready fuels without further blending, refining or additives. 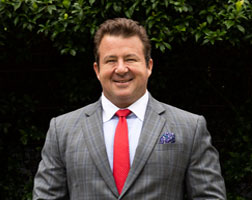 Paul Dickson, Executive Chairman of IGES, expressing concern about the recent state of the recycling industry, said, “ Recycling efforts have fallen short and recent bans on the import of plastic by China and India are pushing Australia and other first world nations to rethink new ways to deal with the crisis, “ Thus, he said, all parties ought to rethink the way how to deal with end-of-life plastic.

“Recycling doesn’t work as well as we thought it would and the plastic pollution problem not only still persists it is getting worse,” Dickson said, adding, “As recently reported by various media outlets, despite plastics being segregated at a house level the costs are too high and systems not sophisticated enough to do anything with the segregated plastic. The result, despite excellent community support and action, is that the plastic ends up in landfill or worse still spilled into our waterways.”

He said that IGES’s patented in-house technology offers a sustainable solution to reduce plastic pollution by converting waste plastics into high value, road-ready fuels that offer good margins. “This is an important distinction as IGES is a profit-making entity that does not rely on government grants. This makes the IGES solution sustainable now and into the future, ” Dickson emphasised.

Apart from the Amsterdam facility, IGES has a project in Thailand that has recently been approved by Thailand’s Board of Investment. The project targest to remove 66,000 tonnes/year of non-recyclable waste plastics in the environment and will be used to produce 70 million litres of local road-ready fuel. Production of fuel from waste plastics also means a reduced dependence on fossil fuels.

In Northampton, UK, IGES’s partner has obtained a draft permit for its site that will also produce 70 million litres of road-ready fuel from 200 tonnes of non-recyclable waste plastics/day.

IGES has offices in Sydney, Central Coast, Amsterdam, Singapore and projects in Australia, The Netherlands, China, Hong Kong, UK, Spain, Thailand, Indonesia, Germany, and the US.