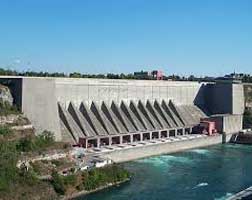 WHITE PLAINS –— The New York Power Authority has reached the halfway mark in two ambitious, multi-year capital improvement projects to overhaul and extend the life of three small hydroelectric facilities–the Crescent Plant and Vischer Ferry Plant, on the Mohawk River in the Capital Region, and the Ashokan Plant on the Ashokan Reservoir in Ulster County.

The work, under a $20-million Life Extension and Modernization (LEM) Program, centers on the overhaul of four of the eight turbine-generators at Vischer Ferry and Crescent. Under a related $4-million initiative, NYPA is also upgrading turbine-generator control equipment for all 10 turbine units at the two Mohawk River plants and at Ashokan.

“These hydro projects are small but vital contributors to the Power Authority’s clean energy portfolio,” said Brian Saez, NYPA regional manager for Central New York. “The ongoing upgrades at these facilities will ensure they continue operating efficiently for many years to come, contributing to the state’s economical power supplies.”

NYPA purchased the Vischer Ferry and Crescent plants from the New York State Department of Transportation in 1984. It added two turbine-generators to each project in 1990, preceding its overhaul in 1993 of the two original turbine-generators at each facility.

The ongoing upgrades, which are scheduled to be completed next year, involve the units installed in 1990. The work includes refurbishing the major turbine-generator components, as well as replacing three river-flow regulating gates and two overhead cranes–both of which are nearly a century old.

Upgrades of the remaining four original turbine-generators at Crescent and Vischer Ferry are planned for 2017.

The unit control equipment upgrade at Ashokan is the first major capital project at that facility since 1982, when NYPA commissioned the plant’s two turbine-generators.

The Vischer Ferry and Crescent plants—each capable of producing 12 megawatts (MW) of power—are “run-of-river” facilities involving no water storage. The Ashokan plant, relying on stored reservoir water, is capable of producing nearly five MWs when needed (one MW is enough electricity for up to 1,000 standard-sized homes).

NYPA’s small-hydro facilities also include the Gregory B. Jarvis Plant at the Hinckley Reservoir in Oneida and Herkimer counties. The statewide public power utility developed these facilities in the 1980s to reduce New York’s dependence on foreign oil. Today, they provide power to activate locks on the Erie Canal and furnish supplemental power for NYPA’s governmental customers. – Real Estate Rama