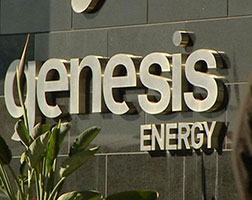 Genesis Energy, a UK-based firm and Norwegian Hydro Group have signed a Memorandum of Understanding (MOU) to provide mini hydro power solution in Nigeria and other African countries.

This is contained in a statement issued by the Chief Executive Officer of Genesis Energy Mr Akinwole Omoboriowo II, on Thursday, in Abuja.

The statement said that the firms signed the agreement to light up African communities “one at a time”, adding that the project would kick start from Nigeria.

It said that the hydro power energies modular units would be deployed to fast-track on six months basis without the prohibitive operating costs of diesel oil or natural gas.

It said that the modular units could be connected to mini grid at 415 voltage levels for direct consumption by targeted communities.

It said that the modular had an advantage to increase kilo-watt per hour with zero negative environmental impact, adding that it would pass through water, streams or rivers to feed the hydro units.

The statement said that the mini hydro plants would be set up in virtually in all parts of the country where qualified streams and rivers exist.

According to the statement, several rivers, waterfalls, qualified streams, such as Kaduna, Niger, Benue, Cross River and their branches will provide enviable potential for the hydro energy.

It explained that the mini hydro solution project would provide investment, create jobs and increase agriculture.
It said that the local people would be trained on how to maintain the mini grids, operate and sell the prepaid vouchers to users. – The Tide News Online