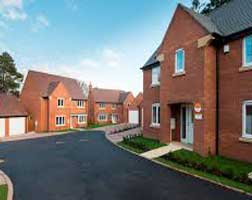 Green power from Norway will be powering hundreds of thousands of UK homes from 2021, National Grid has said.

Energy will travel via the world’s longest sub-sea electricity interconnector.

The €2bn (£1.4bn) project has been rubber stamped between National Grid and its Norwegian equivalent Statnett.

The UK aims to import enough hydro-power from Norway to provide 14% of yearly household electricity needs.

“It also adds to the diversity of energy sources for UK and potentially can reduce peak prices, with benefits for consumers and businesses.”

Statnett chief executive Auke Lont said: “Not only is this a technically impressive project where we will set a new world record, it is also an important contribution to the increase of renewable energy production on both sides.”

The North Sea Network (NSN) interconnector is due to be completed in 2021 and will have a capacity of 1.4 gigawatts (GW).

The sub-sea electricity cable will connect the two countries’ electricity markets directly for the first time.

Energy secretary Ed Davey said: “Britain will benefit from Norwegian green hydropower, at the flick of a switch, providing green back-up power when the wind’s not blowing, and this will actually save people money.”

The new NSN interconnector will be more than 730km long and will carry enough power for 750,000 homes at peak demand, a spokeswoman for the Department of Energy and Climate Change said.

For average usage by households, it could power up to four million homes, she added.

Most electricity in Norway is generated from hydropower, and water from Norwegian lakes will generate the electricity that will be connected into the UK network.

The NSN cable will connect to the Norwegian network at Kvilldal, next to the Kvilldal power station, which at 1,240 megawatts (MW) is the largest power station in Norway in terms of capacity.

The Kvilldal plant is powered by the waters in the Blasjo reservoir, the country’s biggest artificial lake.

The sub-sea cable will connect to the UK network at Blyth in Northumberland.

Crucially, the UK will be able to call on the power at short notice. The energy will be used to manage the growing levels of intermittent wind power on the network.

It will also be a two-way link. Norway will be able to import power from the UK during dry periods when hydroelectric power is less widely available.

According to the government, the link will help the UK benefit from Norway’s cheaper electricity prices. It estimates that the interconnector will deliver consumer benefits of up to £3.5bn through to 2040.

By reducing the need for new gas-fired power plants, the government insists the link will also reduce the UK’s green house gas emissions.

Interconnectors are transmission cables that allow electricity to flow from one country to another.

The UK mainland currently has four interconnectors that link to France, the Netherlands, Northern Ireland and the Republic of Ireland.

Together they provide around 4 GW of electricity capacity. This represents about 4% of Britain’s electricity supply.

The energy regulator is currently examining the need for two further interconnectors to France and one to Denmark.