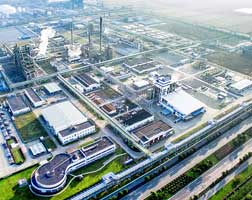 Chemical firm Nouryon has doubled production capacity for dicumyl peroxide (DCP) at its site in Ningbo, China after completing a major expansion project. The plant is the largest of its kind in the world and can now produce up to 38,000 tonnes/year of DCP, an organic peroxide used in the manufacture of polymers that need exceptional durability such as shoe soles and insulation for high-voltage cables.

“With the completion of this project we can now satisfy additional customer needs in China and elsewhere in the world,” said Johan Landfors, Managing Director Polymer Chemistry at Nouryon. “There is an increasing demand for polymers that require DCP, for example high voltage cable insulation for upgrading electricity networks and connecting offshore wind parks and other sources for renewable energy. This expansion means we are well positioned to grow with our customers for years to come.”

Nouryon’s CEO Charlie Shaver added: “China and the Asia region are important to the future growth of our company. We are committed to maintaining our position as a leader in the organic peroxide market in Asia through capital investment, a focus on operational excellence and providing a world-class level of customer service.”

The Ningbo expansion is the latest in a series of investments by Nouryon to better serve and grow with its customers in the polymer market. The company recently expanded production capacity at Ningbo for dialkyl peroxide, an organic peroxide used in the manufacture of flexible products ranging from sporting goods to industrial cables. It has also announced or completed organic peroxides projects in India, Mexico and the US.