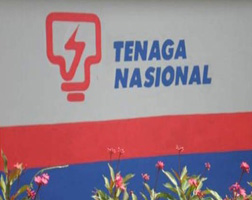 KUALA LUMPUR – According to TA Securities, The Edge Weekly reported that JAKS Resources is in negotiation with TNB to be a partner in the former’s 2 x 600 MW coal fired power plant in Hai Duong, Vietnam. According to the report, TNB is being offered 70% stake in the project which is estimated to cost USD2.25bn (RM8.1bn, USD1 = RM3.63). To recap, the concession was awarded to JAKS back in 2011. The group partnered Wuhan Kaidi Electric Power Engineering Co Ltd to undertake the project, but the venture fell through. Since then, the project has been delayed. Based on an announcement dated Oct 28, 2014, the Vietnamese authority had extended period to fulfil condition precedent to Oct 31, 2015. The plant is scheduled to be commissioned in 2018.

The announcement comes after the much-awaited and delayed project by Tenaga called Manjung 4.

The ambitious coal-fired power plant Manjung4 in Manjung, Perak launched into action at 12.01 am on Tuesday.

This adds an additional 1,000 megawatt into the national grid and makes it Peninsular Malaysia’s largest independent power producers to date.

“The plant has met all the required tests and is currently running within the expected operating parameters,” TNB Janamanjung Managing Director, Shamsul Ahmad said in a press statement.

TNB faced some challenges prior to the launch of Manjung when it attempted to acquire Integrex Bhd to shore up the security of the Manjung power plants. It’s initial offer of RM2.75. per share was rejected by Integrex’s biggest shareholder Amin Halim Rasip (who owns 24.76% stake in Integrex) who said that the price was too low.

On 31st March, three months after the tussle started, Amin threw in the towel and said that he would be disposing his interest due to clash of directions between Tenaga Nasional Bhd (TNB) and Perak Corp Bhd. With that, he accepted the Tenaga’s offer of RM3.25 per share.

“It is a strategic win to TNB, given that the takeover will ensure Integrax will focus on its coal handling services to the Janamanjung power plant complex. This is critical given that Janamanjung’s eventual total capacity of 4,000 MW (including the 1,000 MW Manjung Unit 5) will account for 16% of P. Malaysia’s electricity generation capacity,” said James Ratnam of TA Securities.

The question now will see how Tenaga utilize Integrax.

“While a chapter has closed on the Integrax saga, many see it as the beginning of another chapter, because from now on, it will be interesting to see what TNB will do next with Integrax,” journalist Lee Hung Yee wrote in local daily The Star.