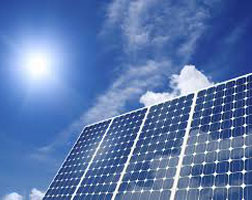 The solar industry is accusing NV Energy of trying to wipe them out by imposing a new set of proposed rates for home solar owners.

The Alliance fir Solar Choice says that the new proposed rates will leave those keen to install solar at their homes unable to save on utility costs after cost of installation and leasing the panels are counted.

“This is extreme and unprecedented. This proposal could eliminate all savings for solar customers,” said Lauren Randall, a spokeswoman for the alliance, whose members include large rooftop solar companies. “This kills the solar market that employs 6,000 people.”

The nearly 500-page proposal is part of a compromise reached by the Nevada Legislature this spring over the state’s cap on net metering. The agreement calls for the Nevada Public Utilities Commission to adopt new rules and rates for net metering that will apply to solar customers who sign up after the cap is reached.

The proposed rate system would keep solar customers’ energy bills about 33 % lower than traditional customer bills, according to the filing. That’s not as deep a discount as the 52 % solar customers save now, but NV Energy said it better reflects the actual costs of solar customers tapping into the utility company’s infrastructure.

NV Energy said that while solar customers may use less energy, the company still must maintain expensive transmission lines and power plants at the ready for solar customers at night or when a cloud passes overhead.

The utility company also said the existing net metering structure passes costs from solar customers to traditional customers, in part because the price of solar energy is falling. It’s now cheaper for NV Energy to buy power from large solar plants than customers with rooftop systems.

Two new solar plants in the works will produce 200 MW of energy for NV Energy at a cost of about 4 cents per kilowatt-hour, while NV Energy is required to buy back 235 MW of power from all rooftop systems in Nevada at triple the cost – 12 cents a kilowatt-hour.

“Utility-grade solar is a much better deal,” Geraghty said.

The Public Utilities Commission has until the end of the year to adopt a new rate structure, and it is scheduled to meet next week to determine what should happen if the state reaches the net metering cap before the new rules are in place. Solar advocates have planned a protest Thursday outside NV Energy headquarters to bring attention to their concerns. They also are appealing to Gov. Brian Sandoval, saying he needs to lead and save jobs.

“The PUC is appointed by Sandoval. He’s ultimately accountable for what happens at the PUC,” Randall said.

“The Public Utilities Commission is a separate, independent entity from the office of the governor,” Sandoval spokeswoman Mari St. Martin said. “The governor’s office cannot dictate the timeline by which the PUC acts nor are decisions issued by the PUC subject to the governor’s approval or review.”

Meanwhile, Geraghty said he had no doubt rooftop solar companies can find a viable business model under the proposed rates, especially as the cost of solar panels falls. He said the existing net metering structure and cap were meant to nurture the solar industry in its infancy but aren’t sustainable in the long run.