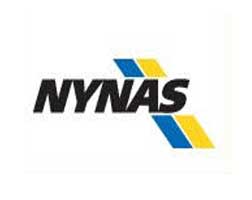 Swedish chemical firm Nynas AB has filed for company reorganisation at Södertörn’s District Court. Nynas loans have not been extended by the banks. Thus, Nynas cannot pay due debts forcing the company to apply for a reorganisation of the company.

The US sanctions against Nynas 50% shareholder, Venezuelan PDVSA, have eroded Nynas profitability over time. Due to PDVSA’s ownership, Nynas has been affected by US financial restrictions since August 2017. Recently, the company has also been stopped from buying crude oil from Venezuela which has been replaced with other crude oils. This has resulted in increased raw material costs. As a result of the sanctions, the company had high financial prices and lost business because of the sanctions. Now, a situation has arisen where there is no longer a continuous financing of the company’s operations.

This has put Nynas in a difficult situation and with the shareholders’ support, a plan has been drawn up with the objective to get Nynas completely out of the sanctions in early 2020. A strategic three-year plan to achieve better profitability has also been developed and Nynas is also implementing changes in the raw material mix to the refineries.

The banks that have been financing the business for a long period have chosen, in their current form, not to support the company’s change work. As a result, Nynas has no option but to request a company reorganisation.

“Despite loyal customers and dedicated work by our employees, we have not been able to avoid the situation that has arisen,” says Bo Askvik, acting CEO of Nynas. “Because the business is of great importance to our customers, and it is my absolute hope that the company can be reorganised under controlled forms so that we can continue to deliver our products.”

“In the short term, we see no other opportunity than to request a reorganisation, in the long term, we see good conditions to continue the business. Nynas has a strong offering with good demand from the market,” he added Askvik.

Mikael Kubu, Ackordscentralen and Lars Eric Gustafsson, Hamilton Advokatbyrå, have been appointed as Administrators in Nynas AB (publ) by the district court.

The company was founded in 1928 and Nynas played a major role in the development of mobility in Sweden for many decades. In the early 1980s, operations were fundamentally changed, fuel production ceased and investment in specialty oils for various industrial applications and bitumen for asphalt began.

Nynas is a world leader in its fields, with exports to all over the world. It employs 1,000 people, about half of whom are in Sweden. Production takes place in three own refineries in Nynäshamn, Gothenburg and Hamburg, Germany, as well as in a jointly owned refinery in the UK.