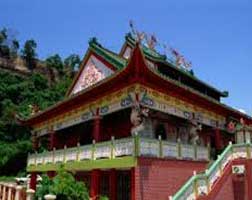 Crude oil futures rebounded on Friday, with Brent heading for its biggest monthly gain since May 2009, as supply outages in North Sea and renewed fears of gas supply disruption in Europe supported prices.

A reduction in rig counts and expectations for better oil demand have helped Brent prices rise by more than 14 % so far this month from January’s close of US$52.99.

U.S. crude is also on course for its first monthly rise in eight, but with a more modest gain of about 1.3 %.

Norwegian energy firm Statoil has shut its Statfjord C platform in the North Sea after discovering cracks in the platform’s flare tower. The entire Statfjord field, which includes two other platforms, produced about 81,000 barrels of oil equivalents last year.

Elsewhere in Europe, gas supply talks between the European Union, Ukraine and Russia will be held in Brussels on Monday after President Vladimir Putin warned that Russia would halt gas supplies to Ukraine if it did not receive advance payment, raising the possibility of disrupted deliveries to Europe.

In the United States, a reduction in rig counts coupled with a slump in upstream investments supported expectations that production could be trimmed going forward.

While supplies from Libya increased to 100,000 barrels a day on Thursday, up from 40,000 bpd, Spain’s Repsol said the company has little hope of restarting production there in the short-term citing security problems.