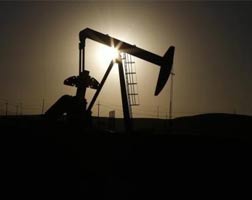 Oil prices fell more than a % on Wednesday as industry data showed a larger-than-expected weekly increase in U.S. stockpiles and as Saudi Arabia reported record output in March.

“We’re going to need to see a very big uptick in demand to offset that supply,” Ben Le Brun, analyst at OptionsXpress in Sydney said. “There is a glut of supply in oil at the moment.”

The weekly inventory report by the U.S. Department of Energy’s Energy Information Administration (EIA) will be released at 1430 GMT on Wednesday. [API/S]

Adding to that supply, Saudi oil minister Ali al-Naimi said late on Tuesday that Saudi output would likely remain around 10 million barrels per day (bpd) after posting a record high of 10.3 million bpd in March.

Naimi also said the Kingdom stood ready to “improve” prices but only if producers outside the Organization of the Petroleum Exporting Countries (OPEC) joined the effort.

“OPEC will not reduce oil production. In fact, its output may even increase with the return of Iran,” Hans van Cleef, senior energy economist at ABN Amro said in an April 7 note.

Iranian oil officials are in Beijing this week to discuss oil sales and Chinese investments in Iran, just days after Tehran and world powers reached a framework nuclear deal.

“Ahead of this expansion of supply, the downward pressure on the oil price will increase sharply due to speculation,” van Cleef said.

Still, any significant increase in Iranian oil exports is unlikely until 2016, analysts have said.

Meanwhile, Royal Dutch Shell (RDSa.L) said on Wednesday it had agreed to buy BG Group (BG.L) for 47 billion pounds (US$70 billion) in the first oil super-merger in a decade. – Reuters