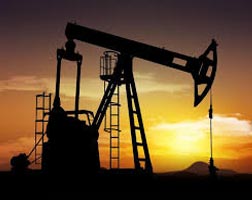 Oil futures fell on Monday and U.S. crude slipped below US$50 a barrel intraday as ample supply, the prospect of more Iranian crude for export and a strengthening dollar combined to pressure prices.

“The dollar moved up again and the market focus is back on supply and the prospect for more Iranian exports after last week’s agreement with the West over Iran’s nuclear program,” said Gene McGillian, analyst at Tradition Energy in Stamford, Connecticut.

The seesawing dollar rose early to three-month highs on expectations of rising U.S. interest rates, sending gold prices to their lowest in five years and helping pressure copper prices to near two-week lows.

However, as refineries around the world operate at near-maximum levels to benefit from strong profit margins, there are signs a glut in the crude oil market may be expanding to refined products.

“The big fall in U.S. rig counts since last September has not had a negative impact on domestic production and the reduction in Saudi crude oil exports is due to domestic refinery demand as the kingdom is turning into a significant product exporter,” analysts at PVM wrote.

Strong increases in refinery operations in recent months are set to slow in the second half of this year, reducing demand for crude oil, Vienna-based consultancy JBC Energy said. – Reuters