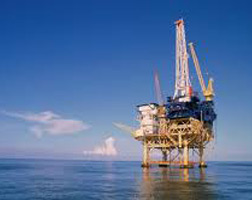 Oil production by OPEC member countries is at a three-year high despite falling oil prices.

The price of oil is below US$50 a barrel.

In the past, OPEC has bolstered prices by restraining output. But in the current downward price spiral, the group has kept pumping, a move aimed at protecting market share, instead of prices. The strategy comes as a flood of new oil—including U.S. shale output and new OPEC production—hits at a time when demand forecasts remain cloudy. The result has been market oversupply, and sharply falling prices.

That is caused strain inside the organization itself. Tuesday’s report came a day after two of OPEC’s most vulnerable members, Libya and Algeria, said they would back an emergency meeting of the group—and a reversal of the group’s decision to maintain production. Those calls were rejected by Persian Gulf countries that wield outsize power in OPEC—Saudi Arabia, Kuwait and the United Arab Emirates.

“There is no need for a meeting. The prices are at the same level” as in January when OPEC didn’t see any reason to gather, a Kuwaiti oil official said.

Once a cartel whose production levels helped set global oil prices, the group has been knocked off balance by surging American crude production. That new supply has helped send global prices down sharply, trading just below US$50 a barrel on Tuesday, compared with US$115 a barrel last summer.

“U.S. production remains near the highest level in four decades, although the commodity price is telling the U.S. shale sector to shrink,” the group said. The higher output is largely due to increased cost efficiencies, lower taxes and existing projects coming on stream, OPEC said. The group said that, for example, in prolific North Dakota, many projects can still be profitable at US$24 to US$41 a barrel.

Meanwhile, signs are growing that lower oil prices are continuing to hurt OPEC members. Investment in the oil industry in some member states has been hard hit by the slump. In the 12 months to the end of April, the value of contracts awarded for oil and natural-gas investment projects in the Middle East fell by US$93 billion—a 53% contraction from the preceding year, according to U.K. consultancy Wood Mackenzie.

“The reduction of investment in projects was expected following the fall in revenue and the weak outlook for the oil market,” said Manouchehr Takin, an energy-consultant and former OPEC official. “Any available budget will be spent in maintaining production, rather than major new field development projects,” resulting in delayed growth of oil production capacity in the group, he said.

An OPEC spokesman didn’t respond to a request for comment.

OPEC’s secretary-general Abdalla Salem el-Badri said in June that global oil investments were being delayed due to lower oil prices, though he didn’t specify if the projects were inside the cartel.

Projects “may have only been deferred just now, but at the end of the day they may have to be canceled,” he said. In its report Tuesday, the group said a large part of the investments put on hold were offshore West Africa, though it didn’t say if they were in OPEC members.

In Nigeria and Angola, where deep-water oil projects need prices as high as US$70 a barrel to break even, companies have deferred projects totaling 2.2 billion barrels of oil.

In Saudi Arabia, the other main driver in OPEC’s production growth, crude output remained near record levels at 10.35 million barrels a day. The price rout adds pressure to Riyadh’s budget, strained by higher spending as it seeks to stave off unrest at home and intervenes militarily in neighboring Yemen.

Outlays, particularly military spending, have skyrocketed, slashing US$52 billion in the value of net foreign reserves in the first five months of 2015, according to the International Monetary Fund. That could encourage Riyadh to cut back output, Energy Aspects said.

A spokesman for the Saudi Arabia ministry of finance referred calls to the country’s central bank, where no one was available to respond.