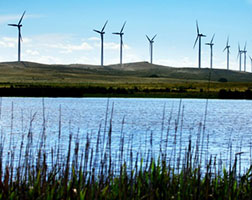 Prospective bidders in the auction of renewable energy player Pacific Hydro have been advised of the significant potential for expansion of the company’s Chilean hydro power portfolio in a flyer released by sale advisers Credit Suisse and Bank of America Merrill Lynch.

The flyer, released on behalf of vendor IFM Investors, also points to growth prospects in Pacific Hydro’s Australian and Brazilian activities as part of a circa 1.8 gigawatt total development pipeline in hydro and wind.

Interested parties have until mid-September to lodge indicative bids, with the information memorandum and financial model to be released mid-August. The timeline envisages access to a data room at the end of September, followed by management presentations and site tours in mid-October, with binding bids due in early December.

As reported earlier in Street Talk, early marketing efforts have attracted potential bidders from China, Japan and Hong Kong, while European and Latin American parties are also being canvassed.

Pacific Hydro’s 713 megawatts of net capacity is split almost evenly between wind and hydro, with the bulk of plants in Australia and Chile. About 52 per cent of forecast 2015 normalised asset earnings before interest, tax, depreciation and amortisation of at least $175 million comes from the Chilean hydro operations, in which Pacific Hydro owns between 50 and 100 per cent.

The flyer, obtained by Street Talk, highlights the “unique opportunity” to acquire a strategic foothold in the “highly attractive” Chilean power market, specifically pointing to the potential to more than double the size of Pacific Hydro’s operations by upstream development in the Cachapoal valley from projects with existing water rights and access to infrastructure.

It also points to the “strong financial outlook” for Pacific Hydro, given the increased regulatory certainty in Australia with the resolution of the Renewable Energy Target, and a pipeline of 160 MW of wind projects in Brazil.

Also touted in the flyer is the “dynamic and highly qualified” team of about 220 in-house staff with extensive experience in the three markets.

Elsewhere in the energy sector, a number of trade buyers have expressed interest in Origin Energy’s 53.1 per cent stake in New Zealand’s Contact Energy although no formal process is underway, lender sources said.

No broker has been mandated for any block trade, despite active jostling between contenders, and no decision has been made to go down that path, with all alternatives still being considered.

But of interest to potential trade buyers is the fact that Contact is the only “gentailer” in New Zealand able to be 100 per cent-owned, with the others all coming from a privatisation process where the government has kept a stake. That has generated some credible strategic interest, even if many see a market sell-down as the most likely option. – AFR