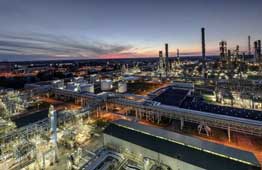 Polish oil refiner and petrol retailer PKN Orlen Group has charted its transformation until 2030 around renewable energy and advanced petrochemicals. Business diversification efforts will be driven by maximised profits from the Group’s existing core business, to be transformed based on new technologies, in line with the emerging environmental and consumer trends. Delivery of the ORLEN2030 strategy will further diversify the Group’s revenue sources, in line with its long-term objective of net zero carbon emissions by 2050. Another strategic plan is to return to a progressive dividend policy, with a dividend of at least PLN 3.5 per share starting from next year.

The company says it will spend a total of approximately PLN140 billion on its strategic objectives, which will generate a total of PLN195 billion EBITDA over the next ten years.

‘We are opening a new chapter in the Orlen Group’s history. The directions of change are set out in the ORLEN2030 strategy, which is a response to global trends. We are building a new multi-utility group capable of successfully competing at a time of major transformational change. We are fully aware that the business segments being our strongest suit today will require a profound change, for which we are well prepared. Over the recent years, we have taken consistent steps to effectively strengthen the Group, preparing it for the imminent transformation,” said Daniel Obajtek, President of the PKN Orlen Management Board.

The Group’s transformation into a multi-utility powerhouse will be based around renewable energy and gas-fired power generation, efficient low-emission refining and petrochemical production, upstream production of hydrocarbons, and an integrated retail offering. The Group will actively manage its business portfolio on a capex budget totalling PLN140 billion by 2030. Most of the capital expenditure will be allocated to segments that best fit in with the company’s strategic ambitions.

Around PLN85 billion will be allocated to new prospective growth areas, related mainly to renewable energy and advanced petrochemicals, while PLN55 billion will be spent to enhance the efficiency of the Group’s existing assets.

In its commitment to achieving a net zero carbon footprint by 2050, the Group’s 2030 CO2 reduction targets are 20% less emissions from its existing refining and petrochemical assets and 33% – from its power generation business. The ORLEN2030 strategy is expected to drive a two-and-a-half-fold increase in EBITDA, to approximately PLN26 billion.


In 2030, the power generation, petrochemical and refining segments will each deliver EBITDA of about PLN7 billion, while the retail and upstream segments will generate EBITDA of ca. PLN5 billion and PLN1 billon, respectively.

By 2030, around a half of the Group’s profits from crude oil processing will be derived from the petrochemical business. PKN Orlen is set to ramp up its capacities in olefins and other base products. It will also solidify its position in polymers – a business line with attractive growth potential – by extending the value chain and entry into compounding and concentrates. Concurrently, the share of speciality high-margin products (such as phenol and aromatic derivatives) in the Group’s portfolio will grow from 16% to approximately 25%. Recycling and biomaterials will be new branches of the petrochemical segment. By 2030, the Group will expand its recycling capacity (mainly in plastics) up to 0.4 million tonnes, while implementing advanced closed-loop technologies.

In refining, it will be driven by energy efficiency improvements, increased crude conversion rates and integration with Grupa LOTOS, the Group’s major domestic peer. Expansion of the biofuel and hydrogen fuel output will be another vital driver. Within the coming decade, the Group will emerge as the region’s leading producer of biofuels (including 2G biofuels), with an annual capacity of 2 million tonnes. As part of the ORLEN2030 strategy, work will be continued on the Group’s hydrogen hub projects in Włocławek and Płock, and steps will be taken to launch green hydrogen production.

Finally, the ORLEN2030 strategic vision is to vigorously develop the retail arm, based on the network expansion and significant additions to the retail offering. By 2030, the number of Orlen-branded petrol stations operating throughout Central Europe will be at least 3,500. The retail network will be expanded mainly on foreign markets, with the share of foreign locations up from the current 37-45%. The Group will seek to enhance the availability of alternative fuels, by deploying at least 1,000 EV fast chargers and increasing the sales of hydrogen and LNG/CNG.