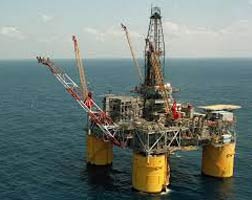 This happened after a 30% reduction of cost of production.
The field is being developed under a risk service contract (RSC) that had been awarded in 2014 to Ophir Production Sdn Bhd.

It is a consortium led by Australia’s Octanex NL, Scomi Energy Services Bhd and Vestigo Petroleum Sdn Bhd, which is a wholly owned subsidiary of Petronas.

Octanex, an Australian oil and gas company, has a 50% stake in the joint venture, while Scomi holds 30% and Vestigo, the remaining 20%.

According to an announcement in Australia by Octanex, development activities would commence immediately.

The company stated that a comprehensive project cost optimisation work was undertaken with cost savings of about 30% identified as a result of the reduced industry costs offered by the low oil price environment.

The FDP was revised to take advantage of these savings, resulting in a revised capital budget of US$90mil (RM377.1mil).

The Ophir RSC is the first plan approved by Petronas after the slide in crude oil prices since the last quarter of 2014. Crude has fallen by almost 50% from more than US$100 per barrel to US$50 per barrel now.

Following the drop in crude oil prices, Petronas stated that RSC contracts were not economically feasible because the break-even cost was about US$80 per barrel.

This turned the attention to RSC contracts that were already awarded such as the Berantai field to Petrofac and SapuraKencana Petroleum Bhd in January 2011, the Balai-Bentara cluster off Sarawak to a consortium comprising Roc Oil Malaysia (Holdings) Sdn Bhd, Dialog Group Bhd and Petronas Carigali in August 2011, the Kapal, Banang and Meranti cluster to Coastal Energy KBM Sdn Bhd in June 2012 and the Tembikai-Chenang cluster to Vestigo Petroleum in October 2013.

The production work in these fields is already ongoing and industry executives had said that Petronas would review the RSC contracts when the terms came up for renewal.

According to Octanex, the Ophir field will be developed through three production wells, a well-head platform and a leased floating production, storage and offloading vessel.

Octanex chief operating officer Rae Clark said that the development was a significant milestone for Octanex.

“It represented the successful culmination of a two-year effort at repositioning Octanex as a future oil producer.

The revised project plan enhances the economic potential of the Ophir development, reflecting the reduced costs offered by the current low oil price environment,” he said in the statement.