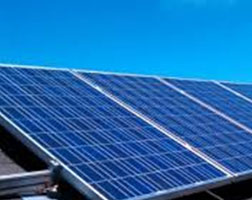 Taiwan, Philippines, Vietnam, Indonesia and Thailand are major markets with combined solar capacity additions expected to triple in the next five years, while wind capacity additions are expected to grow five-fold in the same period according to Black & Veatch, a US-headquartered firm specialising in building critical human infrastructure in energy, water, telecommunications and government services.

The company reported that three of these countries, Taiwan, Philippines and Vietnam, could become the fastest growing markets for renewable energy in the Asian region.

Patel says the company also sees the deployment of microgrids on the horizon offering utilities and large consumers of power the opportunity to proactively work together to help integrate intermittent renewable energy with fossil-fueled power. This approach will lead to the delivery of a stable and widely accessible power supply that can accelerate energy transformation and universal electrification. Off-grid solutions, like solar mini and microgrids, can also provide power to island communities and remote areas where expanding the existing grid has traditionally been economically unviable.

“Renewables can also offer a competitive edge for industrial sectors with a high energy demand and the need for stable, uninterrupted power supply, such as data centers and mining,” said Patel.

The ASEAN committed to a 23% target for sustainable, modern renewables by 2025. In India, the government has a goal of 175 gigawatts (GW) of capacity from renewables by 2022, intoned Black & Veatch, which globally has supported the development of 25 gigawatts (GW) of solar energy and 26 GW of wind energy. In July, the company was selected by IL&FS Energy to provide engineering expertise for a 41-megawatt solar photovoltaic, wind, and battery energy storage system hybrid project in Andhra Pradesh, India.