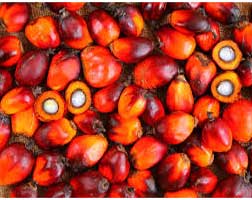 A recent poll by news agency Reuters have found that Malaysian palm oil stocks hit its 9-month high in September, reaching the 2 million tonne mark, the highest since February 2016.

Inventories at end-September are estimated to have risen 3.2 % to 2 million tonnes from August, up for a third straight month, according to the median response of ten traders, planters and analysts surveyed by Reuters.

This could pressure benchmark prices of palm oil, the world’s most widely used edible oil, found in a wide range of products from soap and cooking oil to food products.

September output is expected to have risen to 1.84 million tonnes, up 1.5 % from 1.81 million tonnes in August, which would be the strongest level since October 2015.

“Production in September will be slightly higher than in August on seasonal trend, but October output is expected to be much higher,” said a Kuala Lumpur based trader, who expects production to peak for the year in October.

“It should be 7-9 % higher as there are more working days,” said the trader, who declined to be identified as he was not authorised to speak to the media.

Malaysian output usually sees peak production in August or September, but industry players say it will be pushed back to October this year due to the lingering impact of last year’s El Nino dry spell.

The survey’s respondents see exports having risen 7.8 % in September to 1.60 million tonnes from August, as key buyers China and India stocked up ahead of major holiday periods.

India and China, the world’s top two buyers of palm oil, celebrate Diwali and the Mid-Autumn festival respectively in October this year, events which typically drive up usage of the tropical oil.

While demand in September was seen at its strongest monthly levels in slightly over a year, poll respondents expect shipments to taper off at the end of the year.

“October’s exports during the first half should still hold on festival demand, but beyond that there won’t be much going on,” said Kenanga Research plantations analyst Voon Yee Ping.

“Demand however could pick up toward end-November.”

The median figures from the Reuters survey imply Malaysian consumption of 214,098 tonnes in September.

Official data will be released by the Malaysian Palm Oil Board after 0430 GMT on Oct 10.