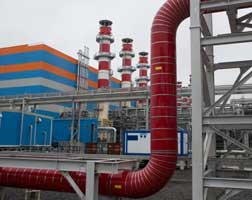 Russia’s Novatek says that participants in the Arctic LNG-2 project have made a final investment decision to spend US$21.3 billion on the project. This facility will be Novatek’s second greenfield LNG plant following the Yamal LNG project in 2018. With a capacity of 19.8 million tonnes/year, this is a significant milestone and the largest project to take a final investment decision anywhere in the world in the last 15 years.

In 2019, the Arctic LNG-2 project adds to the record-breaking level of global investments in LNG liquefaction plants that has already seen 63 million tonnes being approved. This eclipses the previous record of 50 million tons last seen in 2005, according to Zhi Xin Chong, Associate Director at research firm IHS Markit.

Zhi adds, “The expected operational cost of the Arctic LNG-2 project will be lower than most liquefaction plants around the world. It is in the Gydan Peninsula where the weather remains freezing throughout the year. During summer, it can also take advantage of the Northern Sea Route that will allow it to save about 20 days on a one-way trip to Northeast Asia, which enables it to respond quickly and to manage the cost of shipping. However, the route does not yield any benefit for buyers located in other parts of the world, including South Asia and Southeast Asia.”

To keep capital cost down, there will be minimal civil work on the Gydan Peninsula, according to Zhi. “Novatek intends to use a novel gravity-based structure and assemble the liquefaction trains off-site in the Murmansk Kola shipyard before shipping the entire structure to the site location. Such measures are intended to lower the construction cost by 30%, compared to the initial Yamal LNG project,” he explains.

Despite the hefty capital investment required, on a free-on-board (FOB) breakeven basis, long-run production cost could be as low as US$3-4/MMBtu if the Russian government provides substantial tax relief. As Novatek has been very successful in the delivery of the Yamal LNG project, with the Arctic LNG-2 project, IHS Markit expects the same sort of commitment and support from the Russian government.

The approval of the Arctic LNG-2 project is a remarkable achievement for Novatek. It has established its LNG credentials with Chinese and Japanese partners. This project will be a de-facto multilateral effort that supports strengthening relations amongst these countries.

Notably, the nature of financing LNG liquefaction projects have changed. In the last 12 months, companies have demonstrated the ability to take final investment decisions without securing firm sale and purchase agreements (SPAs) with end-users. The project is supported by LNG off-take from its partners, Total, CNPC, CNOOC, JOGMEC and Mitsui on an equity weighed basis.

However, Novatek has taken on the bulk of supply and will have to find buyers for its LNG. The Arctic LNG-2 project adds another 12 million tonnes/year to its portfolio on an equity basis and it will emerge as one of the largest LNG suppliers in the market. As a relative newcomer to the scene, Novatek will be innovative and push the boundaries to meet customer needs. Consequently, IHS Markit expects the competition to find buyers will become even more intense over the next few years.

With the flood of LNG supply, new companies are emerging and the route to commoditization will continue. This is beneficial for buyers as competition will lead to innovation and possibly lower prices for LNG. With much of Asia looking towards a greener pathway, this rise of LNG supply is expected to instill more comfort and affordability that will increase the attractiveness of gas in Asia, concludes Zhi.