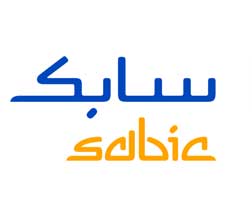 Riyadh-based Sabic has signed a preliminary agreement with South Louisiana Methanol to explore the possibility of developing a chemicals plant in the US, due to the surging North American shale gas production.

The Louisiana-based company, which is majority owned by New Zealand’s Todd Corporation, and Sabic will evaluate the potential for establishing a methanol plant with capacity of more a 1.8 million tonnes/year.

The six-month partnership agreement between the two firms has provision for extension. Final investment decision will be taken after obtaining required approvals and licences following the completion of the study.

“The agreement is part of Sabic strategy to focus on geographic diversification of its business to reach new global markets and enable the company to access competitive feedstock,” the company said.

Saudi Aramco, the world’s biggest oil producing company, is in talks to buy a 70% stake in Sabic, and have looked to significantly increase methanol in its portfolio this year.

Sabic and JSMC will own 75% and 25% in the methanol company, located in the eastern industrial city of Jubail.