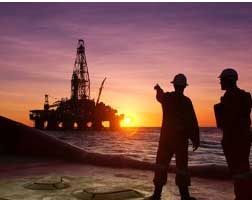 The Malaysian state of Sarawak has successfully formed its own wholly-owned oil and gas company, Petros, which will enable it to actively participate in the extraction of oil and gas in its territories while still pursuing its request for a 20% royalty from Malaysian oil and gas company Petroliam Nasional Berhad (Petronas).

The formation of Petros was officially announced by Sarawak Chief Minister Datuk Amar Abang Johari TunOpeng at an appreciation dinner attended by ministers and staff members of Abang Johari’s ministries and office.

He also revealed that the CEO of the newly-formed Development Bank of Sarawak (DBOS) had been appointed without naming the candidate and that the bank would start operations soon.

He also pointed that all the board members of DBOS were professionals and non-politicians under the chairmanship of Tan Sri Datuk Amar Mohamad Morshidi Abdul Ghani, who is also the State Secretary.

“We have appointed the CEO already and this CEO will have his team under the supervision of the State Secretary while the board members are all non-politicians and professionals who will carry out activities of the bank to develop our state,” he said.