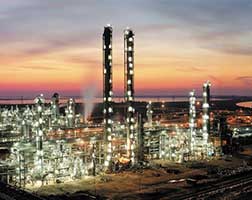 Abbas She’ri-Moqaddam, the managing director of the National Petrochemical Company of Iran (NPC), has announced that Sasol plans to return to its petrochemical industry.

He has been quoted by the media as saying that Sasol is eyeing investments in Iran’s high-profit projects by relying on a successful performance that it has had in its previous projects in the country.

He added that international banks are interested in cooperating with investors over their plans to develop Iran’s petrochemical projects even though certain complications with regards to issues such as sanctions still prevail.

This, he emphasized, is because Iran has been able to get a good reputation before international banks after it was able to pay all installments for foreign loans despite the sanctions.

Sasol was previously involved in the development of Iran’s Olefin 9 petrochemical project but had to withdraw its investment as a result of the US-engineered sanctions in 2013.