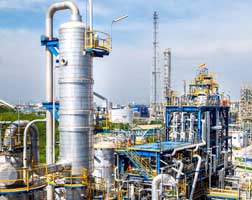 Chinese chemical producer Zhejiang Satellite Petrochemical Co has obtained the go ahead to start construction work on a US$4.2 billion petrochemical complex in Lianyungang in Jiangsu province, East China.

The approval from the Jiangsu provincial government in early August comes amid an escalating trade war between Beijing and Washington, which led to a tariff being imposed on US crude oil recently.

China imposed an extra 5% tariff on ethane last year in September, taking total import duties to 7%. Even so, ethane from US shale gas offers much fatter margins for producers of ethylene than conventional plants that process naphtha into ethylene, said a Reuters report.

The US is the world’s only source of an abundant surplus of the natural gas liquid, analysts said.