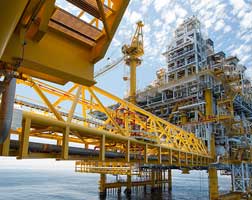 Saudi Arabia’s Industrialization and Energy Services Company (TAQA) plans to acquire two companies in the North American oilfield services technology and manufacturing sectors by the end of the year, as part of its plans to allocate US$1.2 billion for new investments and acquisitions over the next three years.

This will allow it to build-out its capabilities and footprint in oilfield services, equipment manufacturing and new technologies across the wider Middle East North Africa region and North America.

The company says it is currently in discussions to acquire two companies in North America this year, a major step in accelerating its 2021 transformation and growth strategy. These acquisitions would add specific new technologies and manufacturing capabilities to TAQA’s existing integrated OFSE offering. TAQA is also reviewing a number of further investment and acquisition opportunities in the wider Middle East region, as part of its goal to become a leading regional player.

TAQA also provided further details on its 2021 strategic transformation plan, which has been underway since 2017 when it acquired Canadian well services company, Sanjel. Since that time, TAQA has completed several additional investments including a 50,000-horsepower FRAC fleet that will be commissioned and fully operational later this year and the expansion of its drilling subsidiary, the Arabian Drilling Company (ADC), with the commissioning of an additional 16 onshore rigs in 2018.

Most recently, TAQA also announced that ADC has agreed to acquire Schlumberger’s Middle East onshore drilling rigs business in Kuwait, Oman, Iraq and Pakistan for US$415 million. The transaction transforms ADC into a regional drilling leader with one of the largest rig fleets, client portfolios and geographic footprints in the Middle East.