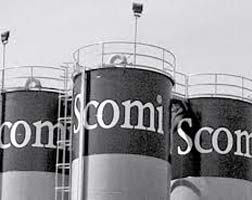 KUALA LUMPUR – Chief Financial Officer Mukhnizam Mahmud of Scomi Energy Services has announced that the company has not been impacted by the depreciation of the ringgit.

In fact, Mukhnizam said the company has profited from the lower ringgit as 95 % of its operations are done in US dollars. “For us the weakening of ringgit is a plus because most of our revenue is in US dollars, and 95 % of our businesses are conducted in that currency as well. “In terms of value to the USD, we gain there (as most currencies around the region weakened against USD) and as long as the US dollars remain strong against the foreign exchange, we are safe. “Our cost is both in USD and local currency and about 30-40 % of our operations are done in ringgit.

If it is in USD, it is a natural hedge, if it is in local currency it becomes a plus for us,” said Mukhnizam after the annual general meeting earlier today. He added the remainder 5 % of its business is in Russia, in which they are billed us in Ruble, its local currency. Asked on the year’s outlook for Scomi, Mukhnizam said it is expected that the year will not perform better than last year on obvious reasons such as the low crude oil prices and global economic slowdown. “In terms of numbers for 2015, it’s a bit flat for us.I guess challenges in terms of oil price and market not doing as well as we thought it would be but nevertheless we are profitable. “However, we think that with the orderbook of RM1.3 billion we should be kept busy for at least next three years,” he said.