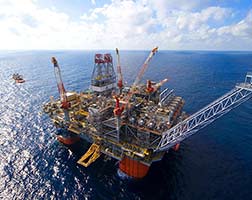 This followed its increase earlier in the day.

The stock, which is also an index component, rose to as high as RM22.94 yesterday, as analysts issued reports on a conference call on the updates of its second-quarter ended June 30 results.

CIMB Research, which has an “add” recommendation on the counter, said the company’s second-half results, however, would drop as its tax expenses normalise.

For the second quarter, PetGas’ profits almost doubled as the company booked in a tax allowance of RM407mil for its plant rejuvenation and revamp project in Kerteh, Terengganu.

On top of that, the company might continue to book in more foreign exchange (forex)-related losses if the movement of the ringgit against other currencies remains volatile.

PetGas recognised an unrealised forex loss of RM16.9mil in the second quarter, mainly due to the revaluation of its US dollar-denominated finance lease of liquefied natural gas tankers.

That said, PetGas’ core earnings should improve on the back of higher utilities revenue going forward.

In a separate note, Maybank Investment Bank Research (Maybank IB Research) said: “PetGas will continue to experience lower electricity tariffs due to Tenaga Nasional Bhd’s tariff rebate in the second half, but this would be offset by higher product prices for steam and industrial gases as it passes through the RM1.50 per million metric British thermal units gas price hike.”

The utility heavyweight has also told analysts that the company was not affected by the incentive-based regulation.

Looking ahead, PetGas’ utilities revenue, which fell 13% quarter-on-quarter in the second quarter, should recover in the subsequent quarters as a result of the resumption of operations from earlier planned outages.

Maybank IB Research said the RM24 target price for the stock was based on the discounted cashflow method, assuming a 6.4% weighted average cost of capital and 2% long-term growth. The target price also implies a price-earnings ratio of 26.3 times and a net yield of 2.7% in 2015.

CIMB Research noted that the company would pay out dividends on a quarterly basis instead of a semi-annual payout previously.

Analysts like PetGas as its earnings are backed by long-term agreements with Petronas, thus providing stable income. Most analysts tracking the stock have a “hold” call on the counter.