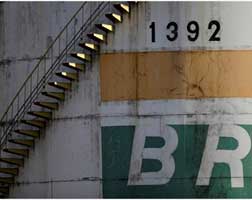 Brazilian shareholders of state-controlled Petroleo Brasileiro SA are petitioning a Brazilian court to be paid on similar terms as those given to U.S. shareholders in a US$2.95 billion settlement.

Petrobras on Wednesday agreed to settle a class action lawsuit in the United States that claimed damages for the oil company’s role in a bribery scheme involving company executives and government officials. Petrobras said the settlement was not an admission of guilt and denied any wrongdoing.

“The voluntary act of Petrobras paying US$3 billion to foreign shareholders indicates it should pay proportional values to Brazilian shareholders,” Andre de Almeida, a lawyer leading the shareholder lawsuit in Brazil, said.

“After all, the same facts, the same defendants, should have the same consequence, independent of the jurisdiction of the investment.”

The settlement agreement, which must still be approved by a U.S. court, was one of the largest ever class action settlements in the United States.

For the last four years Brazil has been rocked by the so-called Car Wash investigation into kickbacks from contractors to executives of state-run companies and politicians in return for public projects.