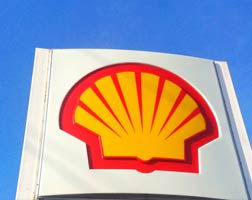 SEATTLE —  Shell says its arctic oil rigs are coming to Seattle within the next 36 hours despite a request by the Port of Seattle commissioners to wait.

One of the drill ships is currently at the Port of Everett.

Foss Maritime, the company working with Shell, says rigs such as the Noble Discoverer coming to Seattle this week would bring hundreds of well-paying jobs.

And despite the port asking for a delay, they said the rigs are still coming.

Native Alaskans argued Shell’s plan to use Seattle’s Terminal 5 as a staging area for arctic oil drilling would bring them economic stability.

But those against it said there is the risk of spills and also highlighted that the city’s planning office has said oil rigs are not an approved usage for the terminal.

Ultimately, exasperated commissioners voted 3 to 1 to ask Shell to wait while it appeals the city’s planning decision.

But Foss and Shell have both said the rigs are still coming as early as Thursday.

“This project is time sensitive. Those rigs need to be provisioned and loaded with equipment and supplies for the exploration season and they need to head north,” said Paul Queary with Foss Maritime.

Foss Maritime went on to say that millions have already been paid for Terminal 5 and that they would be in and out before any appeal process is finished.

Shell’s schedule has the Noble Discoverer and a much larger one that is currently in Port Angeles to be in Seattle no later than Saturday.

Protesters in kayaks, who are calling themselves “kayaktivists,” greeted the Noble Discoverer in Everett Tuesday.

Environmentalists said they will meet them with 1,000 kayaks this weekend.