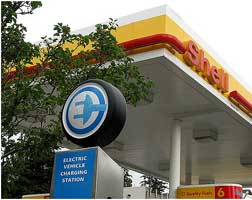 Global oil giant Royal Dutch Shell plc has opened its first gas station in Mexico, adding to the growing list of foreign-branded stations in a market still dominated by the state-owned Pemex.

In a statement, Shell said it also plans to open an unspecified number of additional service stations. Investment in Mexico’s fuel sector could reach about US$1 billion over the next decade “if current market conditions are maintained”, the company said.

The opportunities are huge for the private sector in the fuel market of Latin America’s second-biggest economy, with Mexico now one of the world’s biggest gasoline consumers and the top foreign importer of US gasoline.

Shell’s inaugural gas station, which also features a convenience store, is located in a northwestern suburb of the sprawling Mexican capital.

Shell, which in June won a shallow water exploration and production contract along with France’s Total, operates more than 43,000 gas stations in some 80 countries worldwide.

Mexico boasts some 11,400 gas stations, the vast majority of which remain Pemex franchises.