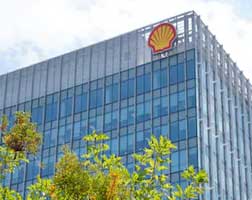 As it moves away from fossil fuels, oil giant Shell is to slash as many as 9,000 jobs by the end of 2022, potentially affecting more than 10% of its workforce. This includes 1,500 people who have volunteered to leave the company this year. Shell expects the overhaul to deliver annual cost savings of up to US$2.5 billion by 2022.

The job losses are part of an overhaul aimed at cutting costs and simplifying the company’s structure as it moves into low-carbon energy.

“We have to be a simpler, more streamlined, more competitive organization that is more nimble and able to respond to customers,” CEO Ben van Beurden said. “Make no mistake: this is an extremely tough process. It is very painful to know that you will end up saying goodbye to quite a few good people,” he added.

The shift has also been brought about by the huge slump in demand for oil and gas caused by the coronavirus pandemic, leading some of Europe’s biggest energy companies to speed up a shift to cleaner fuels. In June, Shell wrote down the value of its assets by as much as US$22 billion and slashed its oil price forecasts.

Shell says it has also committed to achieving net zero carbon emissions from its own operations by 2050. Van Beurden said that the company would still produce some oil and gas by that date, but it would “predominantly” sell low-carbon electricity, low-carbon biofuels and hydrogen.

In the future, the company will use its oil exploration and production business to generate cash that can be invested in lower-carbon products. The division will no longer focus on how many barrels of oil or cubic feet of gas it produces.

Shell will also shrink its refining business. “We will keep only what is strategically essential to us and integrate those refineries with our chemicals business, which we plan to grow,” said van Beurden.

Some analysts think global demand for oil may never return to its 2019 record high, expecting instead that the pandemic will permanently reshape the way people live and travel — and that consumers will push companies and governments to address the climate crisis with more urgency.

European energy companies have been much more aggressive than US rivals such as ExxonMobil in the shift to cleaner energy. BP announced in June that it would cut 10,000 jobs, or 15% of its workforce, as part of its own overhaul.