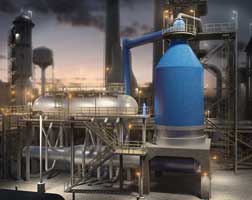 Singapore state investor Temasek Holdings is to acquire a 30% stake in Denmark’s Haldor Topsoe A/S, in a transaction that values the engineering firm at around US$1.5 billion, according to a Reuters report. The Topsoe family currently owns 100% of the shares of the company.

As part of the deal, Temasek will subscribe to secondary shares issued by the Topsoe family.

Haldor Topsoe said it selected Temasek “in recognition of the value that the global investment company would add through its deep insights and connections in Asian growth and other emerging markets”.

Haldor Topsoe is one of the world’s leading industrial catalyst producers. It employs about 2,300 people and logged revenue of about US$760 million in 2017.
The owners of the Danish firm began seeking a financial minority investor last year to accelerate growth, with a long-term intention to list it.

According to Jakob Haldor Topsøe, Chairman of the Board of Directors, Haldor Topsøe, “We are extremely pleased to welcome Temasek as our new minority shareholder in Haldor Topsøe. As a commercial investor, Temasek’s capital will further enhance our considerable growth potential organically and through potential acquisitions. In addition, Temasek is an experienced investor with significant insights and networks in Asian growth markets, including China. We look forward to truly beginning our collaboration when the agreement closes.”

For the year ended March 2018, Temasek reported a record-high annual portfolio value and said it aimed to temper its pace of investment amid rising trade tension between the US and China.