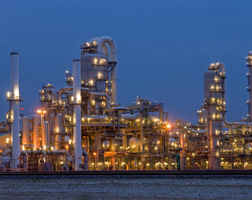 The deal is subject to approval from regulatory authorities, other parties, and the annual general assembly, Sipchem said in a filing to the Saudi Stock Exchange (Tadawul).

Prior to the deal, Sipchem held a 72% stake in IGC. After the transaction is completed, Sipchem’s stake will rise to 97%.

Meanwhile, the Saudi petrochemical manufacturer says that Zamil Group Holding Company was a related party to the deal as it hold stakes in both Sipchem and NPC.