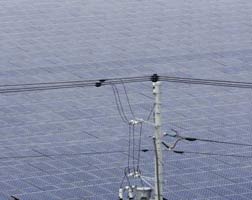 TOKYO – Asahi newspaper has reported that solar energy has contributed to 10 % of peak summer power supplies or equivalent to more than 10 nuclear reactors.

Japan has been pouring billions of dollars in clean-energy investment after introducing a feed-in tariff (FIT) program in 2012, aiming to help the world’s third-biggest economy shift away from its reliance on nuclear power after the March 2011 Fukushima disaster.

The installed capacity of solar power taking advantage of FIT scheme has reached more than 24 gigawatts at the end of April, government data showed, up from about 5 GW before the scheme started.