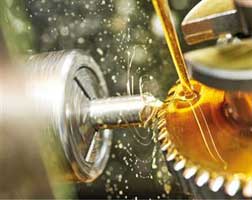 Under the terms of the agreement, Connell Bros. will be exclusively responsible for marketing and distributing Songwon’s fuel and lubricant additives, which include aminic, phenolic, phosphite and thioester antioxidants, throughout China.

“This agreement will help us further expand our already strong presence and set the foundation for further growth in China, which is a very important region for us,” explained Olivier Keiser, Leader BU Lube Additives. He added: “We are delighted that such a highly qualified and knowledgeable company will be representing us in China. With its unparalleled experience and well-established network in the region, Connell Bros. is ideally qualified to provide our customers with the services they require. We are convinced that SONGWON will soon be benefiting from an even stronger presence in the Chinese market.”