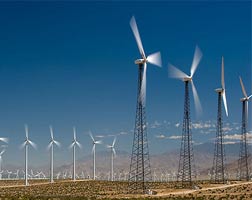 A study published by Elsevier and SciDev.Net says that research on sustainability is growing almost twice as much as research itself.

Research on sustainability has grown almost twice as fast as research overall each year between 2009 and 2013 (7.6% compared to an annual growth rate for all published research of 3.9%).

Sustainability research also receives 30% percent more citations than an average research paper, indicating the high relevance that scientific investigations have into the many facets of sustainability, such as clean energy, humane living conditions, and gender equality.

The findings are included in a new report, Sustainability Science in a Global Landscape, released on September 24 by Elsevier, a provider of scientific, technical and medical information products and services, and SciDev.net, a news source about science and technology for global development.

The report focuses on six themes of sustainability science: dignity, people, prosperity, planet, justice, and partnership. It examines global research output and citation impact, research collaboration among nations and sectors, and the interdisciplinary nature of research in the field between 2009 and 2013.

Other findings presented in the report include:

“The report reveals a number of important features around the production and consumption of research which both the academic community and development practitioners should be aware of,” said Dr. Nick Ismael Perkins, Director of SciDev.Net. “We can be encouraged by the growth of research about sustainability because we need as many people thinking about this as urgently and as comprehensively as we can.”